Maculelê is a separate part of the Capoeira culture and corresponds to a fight with sticks. Maculelê was also developed by slaves and emerged in St. Amaro near Salvador as a game with a potential to be used as a fight.  In its origins, Maculelê was allegedly practiced on sugar cane plantations.

Like Capoeira, Maculelê is played in a circle of players. While waiting for their game, the players sing and move in the basic step pattern with their two sticks. Two players are within the circle and exchanged from outside. They move in a typical four-stroke pattern and hit their sticks together on the 4th stroke. Although the players depend on each other that way, they may do very different movements during the other 3 strokes of the rhythm. 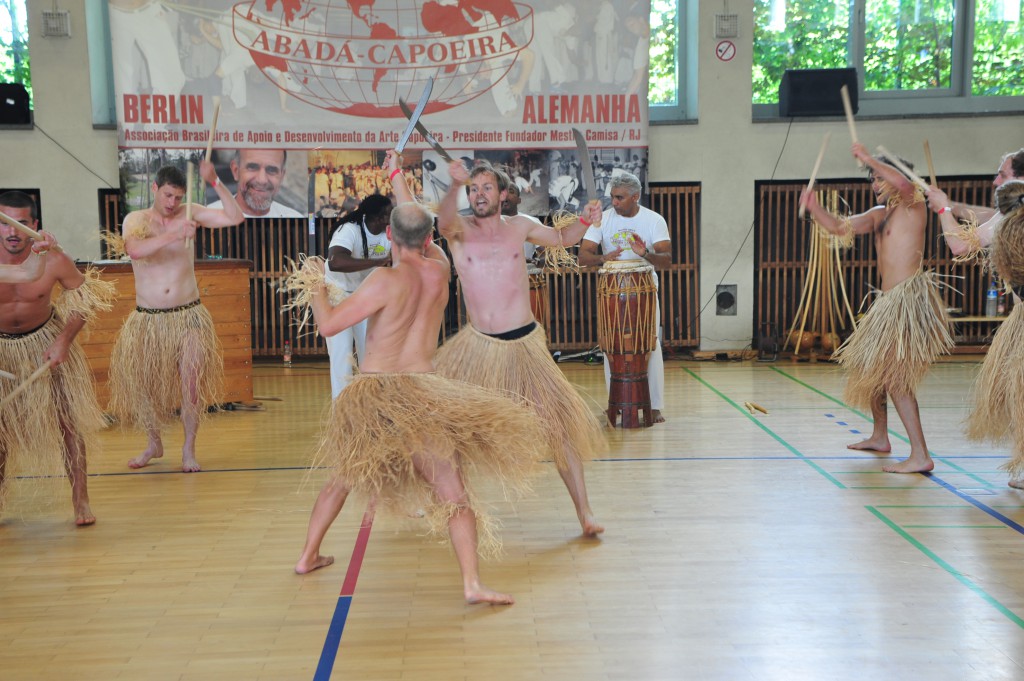 Maculelê is especially popular for shows, where also machetes are used to refer to its origin from the jungle. This is also often indicated by the artists’ clothing. Maculelê also bases on music, choir singing and – if complete – three Atabaques (drums), which play different, coordinated rhythms.